Home / Blog / Just Because there are less Officers on Duty, Doesn’t Make it Safe to DWI

In recent years the Dallas police DWI division has declined from 10 dedicated officers down to just one. Community members including, Mothers Against Drunk Driving, have voiced extreme concern over this recent change and are accusing the Dallas Police Department of a lack of concern when it comes to keeping drivers safe on the roads. Mothers Against Drunk Driving, also known as MADD, mission is to aid victims and families who have been harmed due to people driving under the influence of drugs or alcohol, and to increase public awareness of the consequences of drunk driving. Members of MADD have been reaching out to find answers as to why this special police force has been reduced, stating that Texas leads the nation when it comes to DWI deaths. 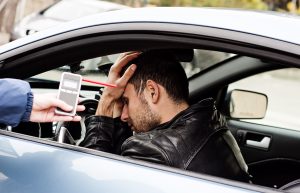 While other Texas communities are increasing their special DWI forces, in Dallas it’s left to the regular patrol officers to police traffic and keep citizens safe. Hopefully with proper training and time, these officers will gain the specialized knowledge needed to administer standardized field sobriety testing and learn how to properly testify in court.

In the meantime, be aware that driving while intoxicated is a crime that carries significant repercussions for offenders. Penalties and fines from being convicted of a DWI can range from relatively minor to quite severe and DWI related deaths and injuries every year need to be a major concern for everyone.

We use cookies to ensure that we give you the best experience on our website. If you continue to use this site we will assume that you are happy with it.Ok